Nvidia recently announced during their CES 2019 keynote that the RTX line of GPUs will be coming to laptops starting January 29th. I love my GS65 with the 1070 Max Q but Nvidia’s Ray Tracing and DLSS demos shown on laptops made the enthusiast in me want to upgrade.

So here I am, starting the research to decide which laptop I’ll be ordering on January 29th!

*As a disclaimer, I am NOT recommending any laptops. I'm merely putting together a list of information that has been shared by these OEMs so you can see some of the hardware differences between them. You will also get my opinion on each laptop based on it's specs.

For actual data on thermals and performance, you'll have to wait until January 29th when the embargo lifts for reviewers. Also, I'll have my review of the laptop I choose within a week of receiving it!

Needs and Nice to Haves

There are a couple features and specs I NEED in this round of laptops that will make or break my purchase along with some “nice to haves”.

I’m really picky when it comes to my tech. For laptops, I want the fastest components possible to get high framerates at maximum settings. Also, I need decently long battery life so I can do general computing without the need to plug in a charger. Lastly, the laptop has to be under 5 lbs to reduce the total weight of all the gear I carry.

The contenders and their key differences

There are a bunch of laptops to choose from this year, all running flagship CPUs and GPUs! Here’s my chart showing all of the thin and light laptops that meet my "needs" criteria:

Finding the right laptop for me 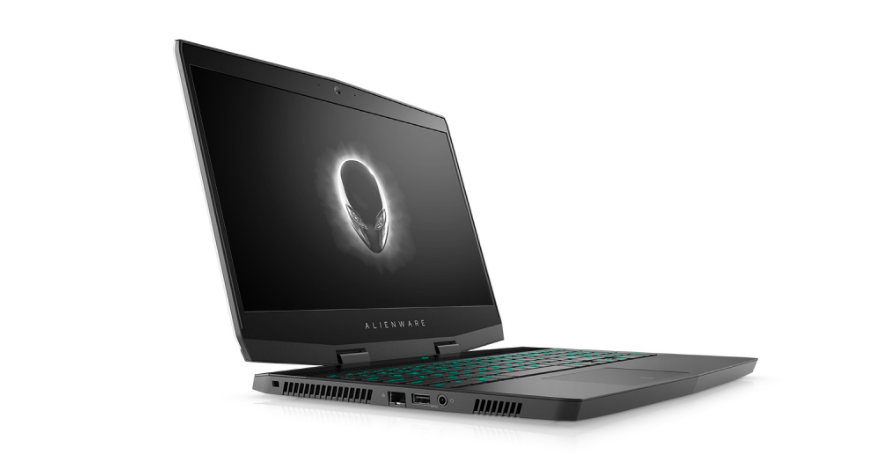 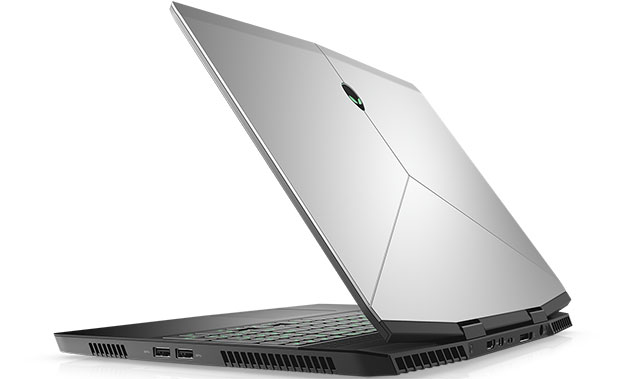 The Alienware M15 has all my “needs” and a couple “nice to haves” but the overall look just doesn’t appeal to my taste. Plus, I don’t like numpads on a laptop because it shifts the entire keyboard to the left. For me, off-center keyboards become uncomfortable after some time when trying to be productive since my right arm has to reach a bit more to the left. 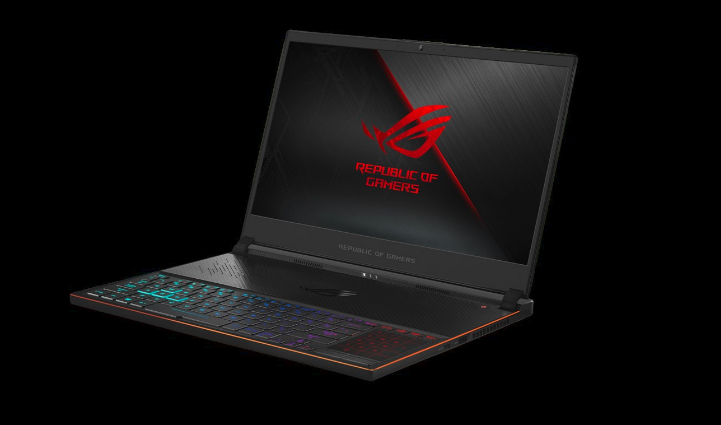 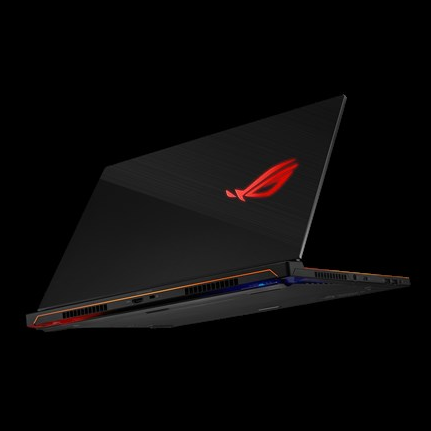 The Asus Zephyrus S is also out of contention. This probably has the best cooling capability based on last year's model but it doesn’t have enough battery life, is missing practically ALL of the “nice to have” features, but the kicker is that it also has soldered on Ram with only 1 DIMM available for expansion. Just like the Alienware, I don’t like numpads on laptops for ergonomic reasons. 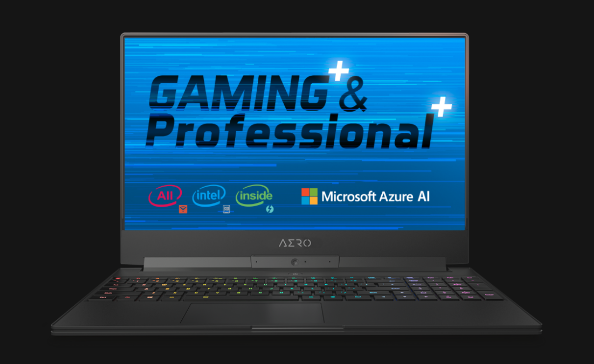 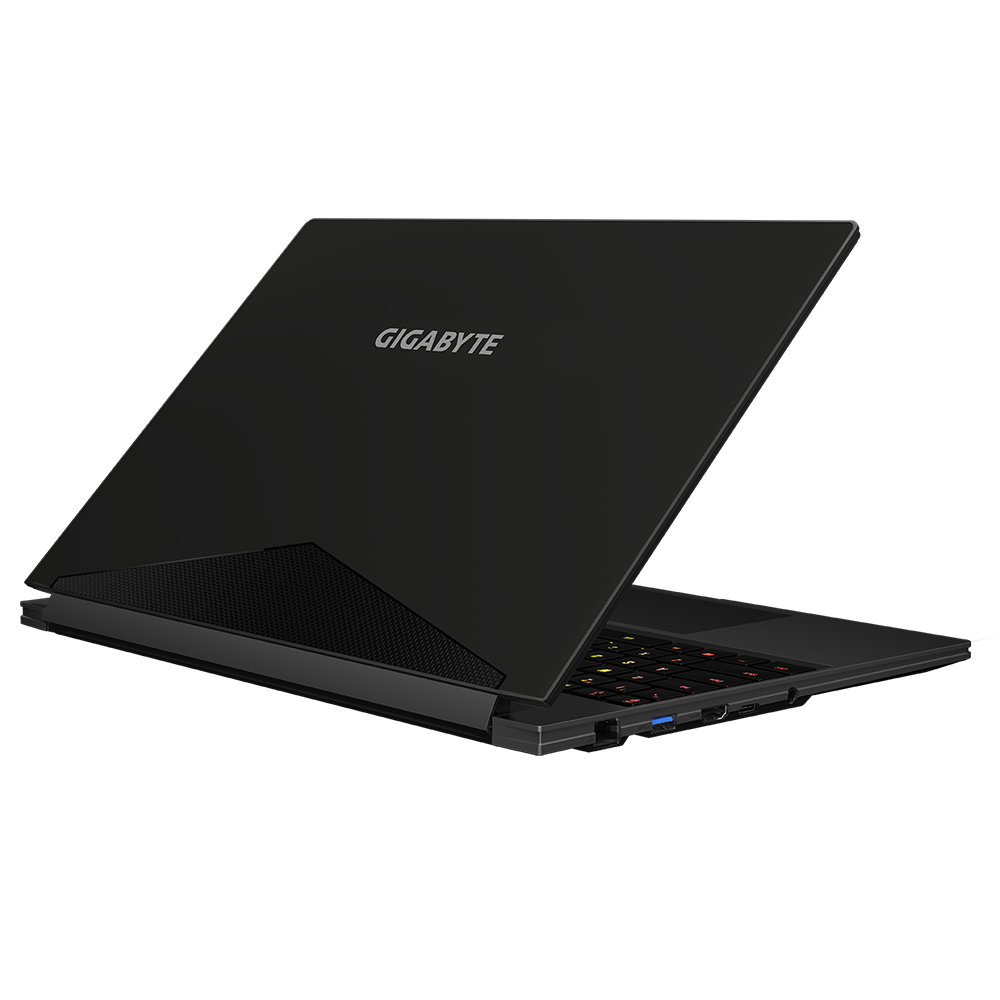 I’m also cutting the Gigabyte AERO 15 from my list. While it can take an i9, I don’t like the idea of having an AI control my laptops power distribution. Plus, if the AI isn’t functioning very well, then I may experience poor performance until they fix it or when I turn it off which means I’m paying for a feature that doesn’t work. Finally, since the 2018 model had thermal issues and Gigabyte hasn’t given any word on an updated cooling solution, I don’t have a lot of confidence that I won’t be thermal throttled during heavy usage. Oh yeah, numpad. 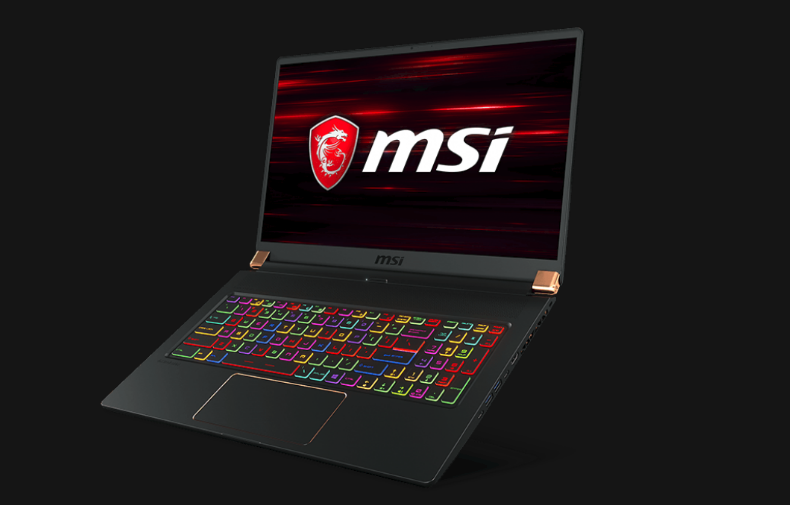 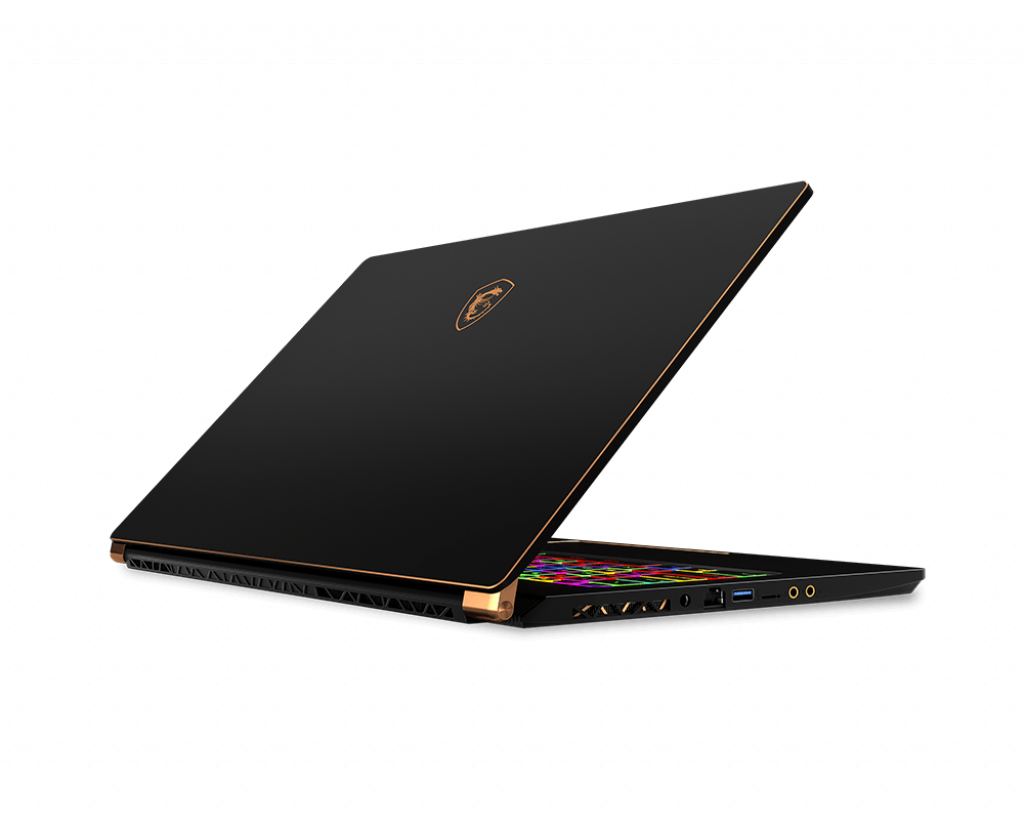 The GS75 was added to the list despite being a 17.3 inch laptop because it is less than 5lbs, may have better cooling capability, has over 7+ hours of battery, and has the same form factor as a thick-bezel 15 inch laptop. I really tried to look past the numpad and told myself “this may have better cooling than the GS65 due to an additional heatpipe” but I couldn’t stand the keyboard being off-center. Also, early hands-on reports from CES state that the model is a bit flimsy and doesn’t feel as structurally strong as the GS65 which already has its issues with frame rigidity.

The 3 that made it to the final round are the Acer Predator Triton 500, the MSI GS65, and the Razer Blade Advanced.

These 3 models hit all of my “need” requirements, some from my “nice to have” wish list, and also have their own unique features which is making this a hard choice for me. 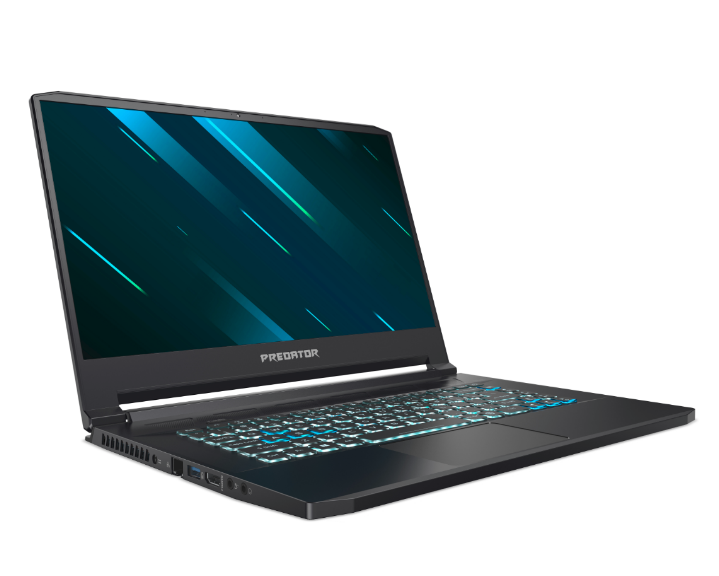 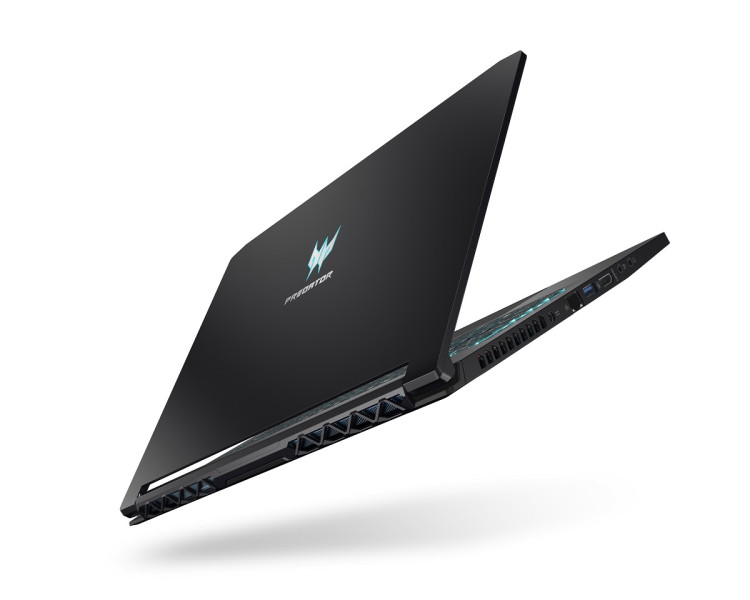 The Acer Predator Triton 500 has a Gsync-enabled panel with its 144Hz refresh rate. I had a Gsync monitor and I loved how silky smooth gameplay was when I turned it on. I’m unsure if Acer enabled a switch to use Optimus to boost battery performance or if Gsync is on permanently. The overall design and layout is also very nice with the keyboard being centered to the screen. It does have a GAMER look and feel because of the large PREDATOR logo/text on lid and inside. 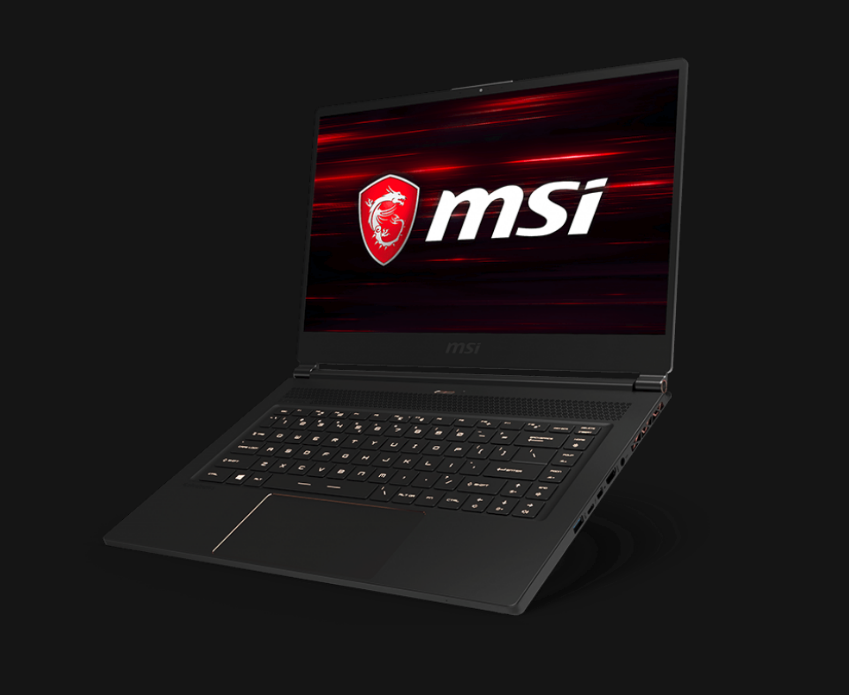 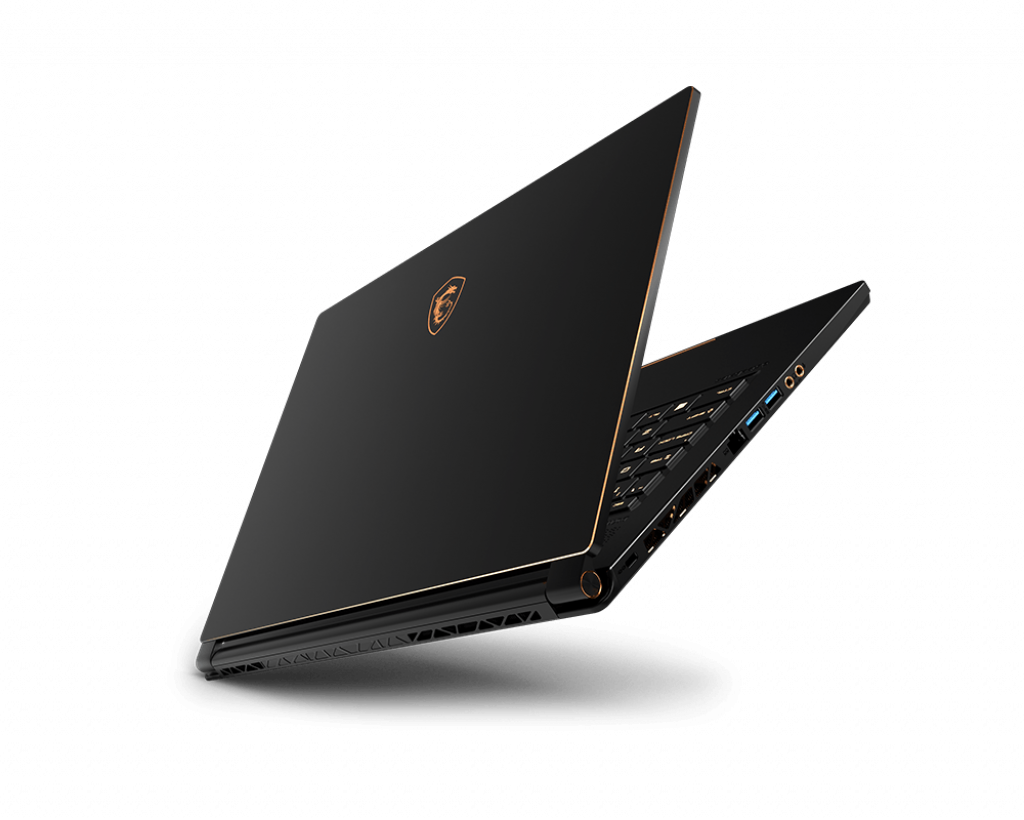 The GS65 is a device I’m completely familiar with since I own the 2018 model. The touchpad is larger and is made of glass, the cooling has gotten a revision by adding more heatpipes and improving the fans. It gives off the PREMIUM and CLASSY feel just by looking at it. It has fairly subtle logos with MSI on the inside and the small MSI Dragon Shield on the outside 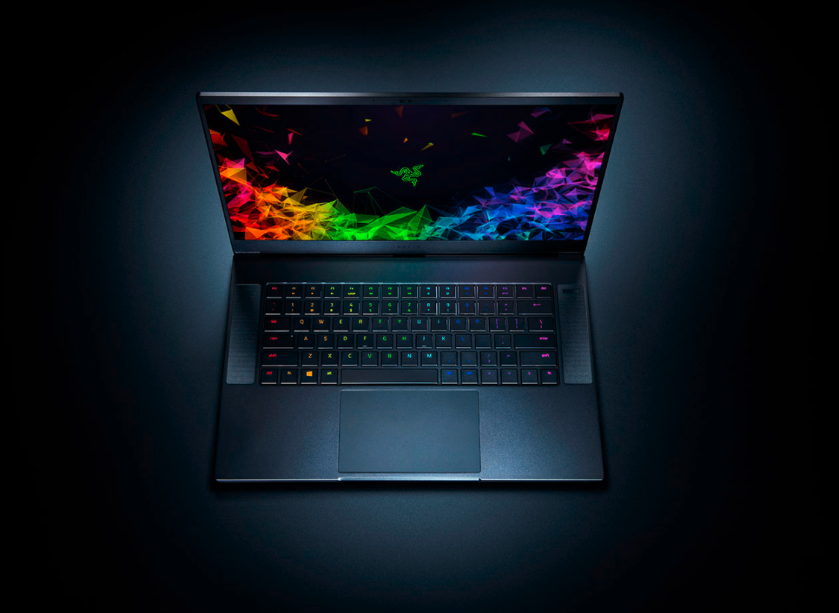 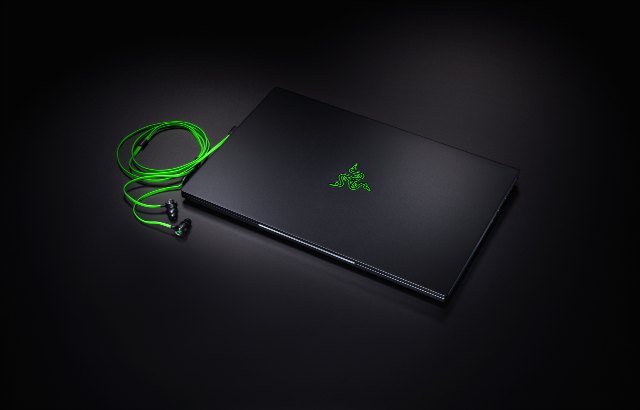 The Razer Blade Advanced features Windows Hello for quick login, a glass touchpad, and has a very subtle design that screams PREMIUM and CLASSY even though there’s the green Razer symbol on the lid and black Razer logo on the inside. In my opinion, it’s the prettiest thin and light gaming laptop out of the bunch.

The laptop I've chosen is...

After much deliberation between these 3 impressive laptops, the one I’ve set my sights on is…

The Razer only has a single M.2 storage slot which is a huge bummer for me because larger NVME drives are VERY expensive. Also, Razer doesn’t indicate any improvement in cooling for this refresh. The laptop is slightly thicker than last year’s model so MAYBE they just aren’t advertising any changes but it still seems like Razer is re-using the old thermal solution of the late 2018 model which has heat and noise issues and that’s what ultimately cost it my vote.

The Acer ticks all the marks that the MSI has but the Triton lacks the more professional and premium look that the GS65 has. I don’t like those cut-off corners and the LOUD logo with text on the lid.

The GS65 looks like a premium laptop without screaming gamer. I really like that stealthy look it gives off with the black and champagne gold scheme. The larger glass touchpad that’s centered below the keyboard also makes the entire device feel symmetrical. It just... speaks to me. Finally, I love that MSI has improved the cooling solution to handle the new RTX 2080 Max-Q. I didn’t read anything from the other manufacturers besides Acer about improving their cooling solutions to accommodate the more powerful components so this was a huge plus for me.

The only thing that worries me is that I had structural frame issues with my first model which bent while in my backpack. MSI replaced the frame but I got another VERY MINOR bend which bothers me a little but doesn’t kill my enthusiasm for the device. I heard on CES coverage videos that MSI beefed up frame rigidity in later GS65 production models so I’m hoping MSI has improved the structure a bit since then. If not, I’ve already have the equipment to prevent bending in the future.

I hope this article helps you understand the differences between these laptops. Please be sure to make an informed decision before you make your purchase!

For me, I already decided I want the 2019 GS65 because i'm an Enthusiast! I love testing new things and letting others know if they're good or bad.

Now, the wait to order the GS65 on January 29th and the wait until it arrives has begun! Once the laptop is in my hands, I’ll be posting my initial impressions and a comparison to my 2018 GS65.